Get me outta here!

A different sort of blog post here I guess. This is about something my really great friend Chris Madden and I have been up to this year. We’ve called it Kulture Club.

An idea out of a discussion about stuff we love…films, music, books….hatched at a party last New Year’s Eve. What could be simpler? We love sharing the things that get us going and we love getting presents. Thus, Kulture Klub was born.

In fact, Chris ordered his first KK for Hywel about 20 minutes after that conversation.

And that neatly sums up KK: spontaneous acts of sharing, generosity and discussion about stuff we love.

This blog tries to capture the essence of what we shared this year. In the spirit of the season, we hope this inspires you to perhaps hook up with a friend and participate in what originally began as a chat about random acts of kindness.

January: The KLF: Chaos, Magic and the Band who Burned a Million Pounds – John Higgs (book)

I’d read this the previous week and was blown away by John Higgs’ matrix of synchronicity that binds one of my favourite writers (Robert Anton Wilson), favourite artists (Bill Drummond) and synch/psych wizard Carl Jung. A hairbrained adventure that may/may not be just what you are looking for…

February:  Being There- Wilco (CD)

During the conversation that KK was borne of, Hywel and I had discussed ‘Americana’ and this long player which, in my humble opinion, is one of the said genre’s cornerstones. Bruised, battered and rockin’ in equal measure.

This was a beautiful revelation last year when it aired on FX and a fine example of how creative control offers great richness. There are no plots (though there are story arcs), but there is a gorgeous existential pathos that I really wanted to share with Hywel.

I read this on the train, often on the way to collaborate with clients who are managing life beyond substance and alcohol misuse. What an uplifting companion…Edywn Collins (a song writing hero of both Orange Juice and in his own right) suffered two devastating brain haemorrhages in 2005. This is told from the perspective of his partner Grace Maxwell. It is harrowing, inspiring and an incredible treatise of the depth of human love and connection. I praise you Grace Maxwell and Edwyn Collins (I’d also like to recommend the film ‘The Possibilities are Endless’)

May:  Freddie and Me- Mike Dawson (Graphic Novel)

Everyone loves Freddie….I know Hywel definitely does, we’ve spent a fair few pissed nights prancing round his living room with Queen at Live Aid on repeat. This is an ACE rites of passage story about the bitter sweetness of growing up with music in your life.

There are many things connect Hywel and I,  a deep love of music and laughter (typically about the darker side of life). Ween are one of my favoutire bands; swerving through a myriad of styles with twisted, deranged lyrics. Hywel’s comment “That CD you sent…..it’s bonkers”. Job done.

Speaking of bonkers….I haven’t read a lot of fiction over the last couple of years (my head has been in academic psychotherapy mode) but there are two books that have really stayed with me; ‘Stoner’ by John Williams which I bought Hywel last Christmas and this utterly deranged tale of what might happen if 99% of the human population lost the ability to sleep. Our families shared a lovely holiday together this summer and it was a proper joy to peer over at Mr. Roberts on his lounger, laughing out loud and saying ‘Nuclear warhead’.

On that same holiday, I was reading ‘one three two’, Julian Cope’s first novel, and we talked a bit about the Archdrude’s significant gifts to culture. This fine pair of autobiogs are a great starting place.

The conversation went something like ‘What? You’ve never heard Big Star? But you love teenage fanclub, you must have?’ This is a no brainer for any record collection (I say record collection…. I bought it on CD). The template for a musical generation and something I really wanted Hywel to know. Are Vest and Pants doing ‘September Gurls’ yet?

My introduction to the genius of Charlie Brooker, a demented alternative reality Radio Times. The genius is in the details and if ‘Monkey Tennis’ is your thing, then this is your thing too. Proper toilet reading (and it now resides in the Roberts’ downstairs loo).

Every home needs Neil Young. Hywel’s got a good Neil collection but little of the electric magic of Neil with Crazy Horse. We went to see them last year, in Birmingham, we had our scalps removed and Neil dabbled with our neural circuitry. This is a double cd dosage of such a night….and I hope you are playing it loudly, in your car, on the way to schools.

And so we reach a year anniversary of Kulture Klub. Hywel’s brilliant to share with; his taste is exquisite and the many gifts he has shared with me have been a revelation and joy. He’s a bugger to buy DVDs for though! I really wanted to send him ‘Bad Boy Bubby’- “Got it, not watched it”. We’ll be watching that together this Christmas alongside our annual viewing of ‘Rare Exports’ with the kids. I knew he hadn’t seen this; an ‘is it/isn’t it’ exploration of sibling psyche through the touring backdrop of ‘The National’ band. Dipped in pathos. 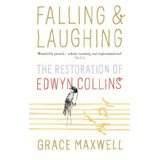 January: Southern Comfort (1980) (DVD) This is one of my favourite movies. I first saw the opening of it on Channel Four when the channel began broadcasting in the early eighties. I was immediately struck by Ry Cooder’s haunting score. I finally caught the whole movie when I rented it on video instead of revising for my ‘O’ levels in 1987. It’s brutal, violent and unforgettable. There is an original cinema poster for the movie on the wall of our dining room and it’s often cropped up in conversation with Chris and I. So, with Kulture Klub kicking off, this was an obvious choice.

February: Film Music by Maurice Jarre (CD) I am passionate about music and my love of film music springs from my time playing the double bass in a children’s orchestra. It was always the case that film music on vinyl would always be the first to go cheap in the sales so my collection grew very quickly. Among my favourite soundtracks are the music to ‘Dead Poets Society’ and ‘Witness’, all penned by formidable composer Maurice Jarre.

March: Dead Man’s Shoes graphic novel The film is a stunner. The comic book is unusual, beautiful and, like the movie, harrowingly captures the desperately sad narrative. Chris knows his cinema and I knew he would like this.

April: Headhunters (2011) (DVD) This film version of Jo Nesbo’s bestseller was a complete surprise to me and I wanted to share it with Chris immediately!!

May: Frankenstein/The Bride of Frankenstein (1931/32) (DVD) We didn’t get a video player in our house until about 1986. I am obsessed with horror movies so totally missed the video nasty debacle. My antidote to this was to immerse myself in horror movie history. I read and read all about the Universal days of Lon Chaney Jr, Boris Karloff and Bela Lugosi. These two films sum up those days and resonate massively with me. I know Chris was surprised by this gift and, in the spirit of KK, he knows they must be important.

June: Steve Martin Collection featuring The Jerk (1979) (DVD) I saw The Jerk on BBC2 when I was a teenager and completely fell in love with Steve Martin. The film is slapstick, crazy and funny. He was our generations Jim Carey, but funnier.

July: Ennio Morricone Collection (CD) Another great film composer whose soundtrack to Roland Joffe’s The Mission was a game changer for me when I first heard it in 1986. You may know him for his iconic music to The Good, the Bad and the Ugly. This is a neat little collection that I hoped Chris would love as much as I do!

August: From Scotland With Love (2014) (DVD) King Creosote are my favourite band – and really just one bloke: KennyAnderson. This is a brilliant BBC4 documentary to which they provide the soundtrack. It is a completely beautiful aural testament to a wonderful country, culture and its people.

September: Room 237 (2012) (DVD) A proper geek documentary based on the myths and legends surrounding Stanley Kubrick’s shooting of The Shining. I know Chris buzzes on this kind of thing!

October: Guardians of the Galaxy – Awesome Mix Tape Volume 1 (CD) This is a fantastic soundtrack of cheesy 70s/80s music. It’s a great little throwback to the majesty of the mixtape.

November: An Audience with Kevin Smith (DVD) Filmmaker extrovert. This is his live DVD I watched on the back of seeing the fantastic RED STATE. I knew this would be up Chris’ street.

December: Tin Drum (1979) (Bluray) On realising Chris has a bluray player I picked this up for him. A historical epic told through the eyes of a child who refuses to grow up. Sublime. I’m a real fan of the label (going well geeky now!) Arrow who have released some great cult items, hidden gems and subversive cinema over the last couple of years.

What next then? Well, why not do it yourself?

Start a cultural revolution with a mate.

Chris: Hywel, Thank you for a wonderful year of Kulture Klub, it’s been a joyous blast. Are we doing it again in 2015?

Hywel: Absolutely Chris. I’ve loved doing this. I’ll try and buy you more books next year! A nicesurprise every month. What’s not to like??? Here’s to 2015!

All the best to everyone over the holiday season!